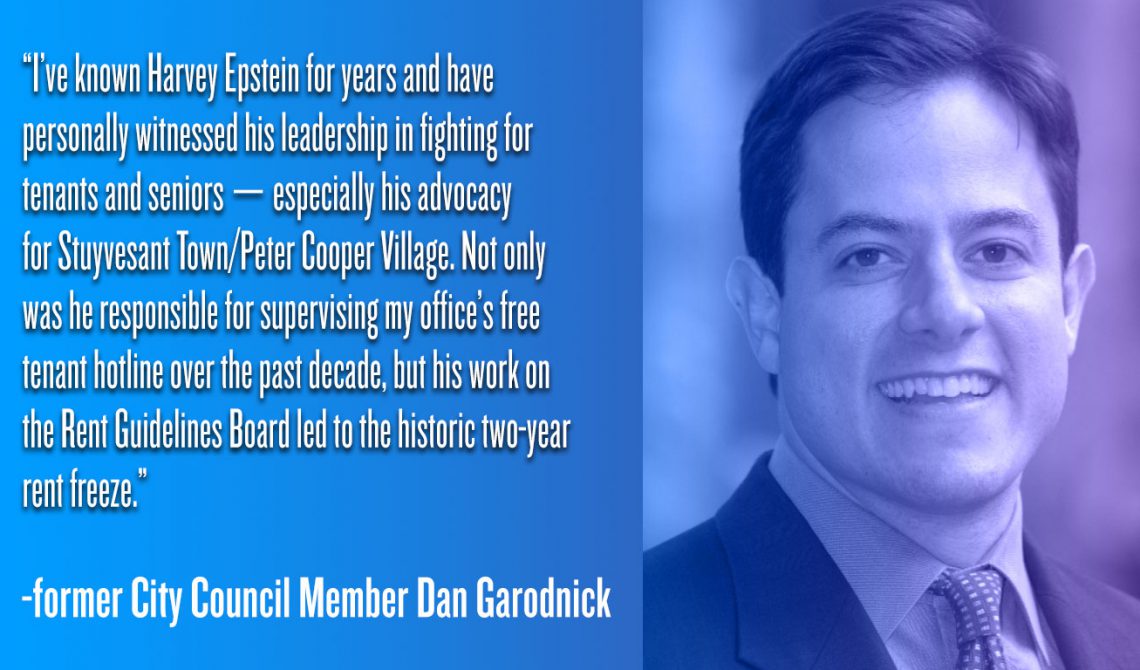 The Villager: Epstein Rakes in Endorsements

Healthy Harv-est: Harvey Epstein raked in a slew of endorsements this week in his bid to be the new assemblymember for the 74th District, succeeding Brian Kavanagh, who recently became Lower Manhattan’s state senator, succeeding Daniel Squadron. Enthusiastically jumping on the Epstein bandwagon were former Councilmember Rosie Mendez, Councilmember Ben Kallos, Assemblymembers Richard Gottfried and Deborah Glick, East Village District Leader Anthony Feliciano and Democratic State Committeeman Michael Farrin. Many of them were allies with Epstein — a former chairperson of Community Board 3 and currently a director at the Urban Justice Center — on previous struggles. Epstein is also a tenant member of the city’s Rent Guidelines Board, as which he has been a strong advocate for a rent freeze and a rent rollback. “Our community will be well-served with Harvey Epstein representing us in the state Assembly,” Mendez said. “I have worked closely with Harvey for years and I have seen first-hand how he has delivered for those New Yorkers most in need. I know he will be a fighter for us in Albany and his leadership will yield real results.” Governor Andrew Cuomo still has not called a special election to fill the open seat for the 74th A.D., which covers the East Side from the United Nations through the East Village and into part of the Lower East Side.